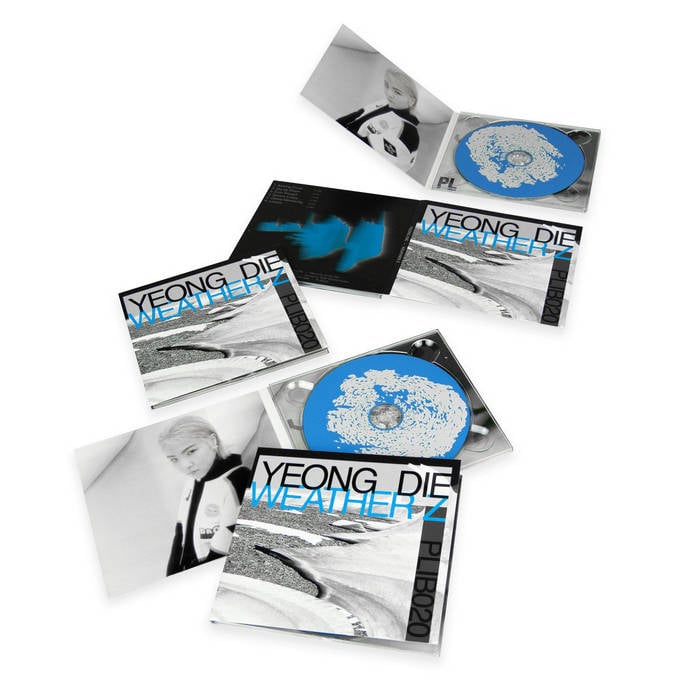 Another stunning release from Psychic Liberation

Another foray into the sonic realm of Seoul musician, artist, and DJ Yeong Die. Yeong Die envelops the listener in a realm of lush ambience, IDM flirtations, and pop sensibilities. Appearing for the third time on Psychic Liberation, her work can be previously be found on the "Intimate Ghosting" compilation curated by Jiyoung Wi, a mixtape release as part of the Sonic Encyclopedia Series, and a lathe 12" by the USA based label Enmossed. Yeong Die is an active part of a burgeoning music community in Seoul, one of the artists who curated the Computer Music Club project.

"One day, it’s weather Z. Yeong Die collects the six landscapes. The things happening inside large or small frames are neither defiant nor particularly bright. The things are, for example, these kinds of scenes: Carbon dioxides encroach on the atmosphere meticulously. Miners dig something out while everyone’s asleep. Coins are dropping from the air one by one. A critical incident occurs eventually. High-frequency radio waves constantly traverse the air, and a baby murmurs. Not enough resources are left under the land now — et cetera. The scenes, which should be peaceful at a glance, deserve to be the introduction to a catastrophe.

But in this restful and ominous weather is the hidden one who plays a trick – when the mood is about to get serious, it tosses a coin to call attention or brings a kid to relieve listeners. With an unrecognizable expression on her face, Yeong Die gazes weather Z – which could collapse at any time – but she does not bother to erase the joke in that world. A droning sound floating in the air, a wave flying far away with unmistakable direction – as if it was emitted from ultra-directional speakers, a sharp synthetic tone falling somewhere with a metallic sound. All of them are saturated with a portion of nimble briskness. In these ways, weather Z is in motion around the world, and it is strangely animated.

Weather is a certain state caused by interactions of different forces. Air pressure, wind, a width of ocean waves, underground minerals, breathing animals and plants, and even molecules in microscopic world – weather occurs from the network of forces composing the world. The meticulous network does not easily get disconnected by any other way, forms a cluster, and move towards the next state of being.

Yeong Die is a musician who executes, operates, and synthesizes forces. If a weather is a compound of certain forces, Yeong Die observes the force that evokes the weather and makes music from it. In the six landscapes of weather Z created by Yeong Die, they contain new weather just created and the flow of power that operates it. It is not easy to distinguish whether they are the grazed-through near past, the present, or the last weather of the future. It is also unclear how regional the weather is. Though the word is not enough yet, we will certainly have an increasingly clear view of those landscapes."