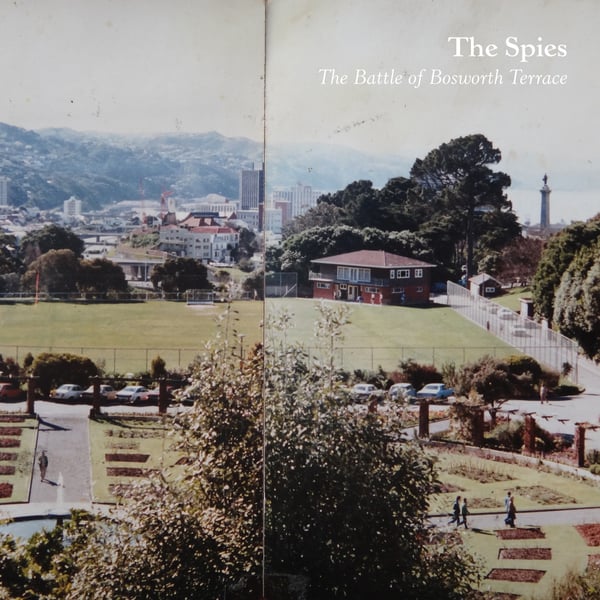 The Spies - The Battle of Bosworth Terrace

The Spies bear the unique distinction of one of New Zealand’s true missing pieces in the Underground puzzle. With no audio documentation ever seeing the light of day in their time (1978-79, Wellington), the band really did exist in a you-had-to-be-there bubble. Historically (as in, now) known as hatching both George Henderson (later of The Puddle) and Christopher Plummer (who also thumped heads in Shoes This High), The Spies possessed a lithe but keen awareness of both the Canterbury and DIY movements that were taking place back in Old Blighty.

The Battle of Bosworth Terrance imagines a bridge connecting Kevin Ayers and The Desperate Bicycles—a much-needed safe passage over a mysterious chasm you never knew was there. The fact that these recordings exist at all is nothing short of miraculous serendipity; the story is beautifully retold by Mr. Henderson in the liner notes. If you’re thinking forgery, theft, drugs and distinctive footwear (Alpaca boots perhaps?), congrats, the sniffer is working just fine. Besides the heretofore unknown music, also included are photographs, lyrics and text. It’s only taken 30+ years, but the larcenous abandon that was The Spies is finally willing and able to be heard, read about and seen for the first time.

Pressed in a one-time edition of 500 copies, The Battle of Bosworth Terrace includes a digital download card.