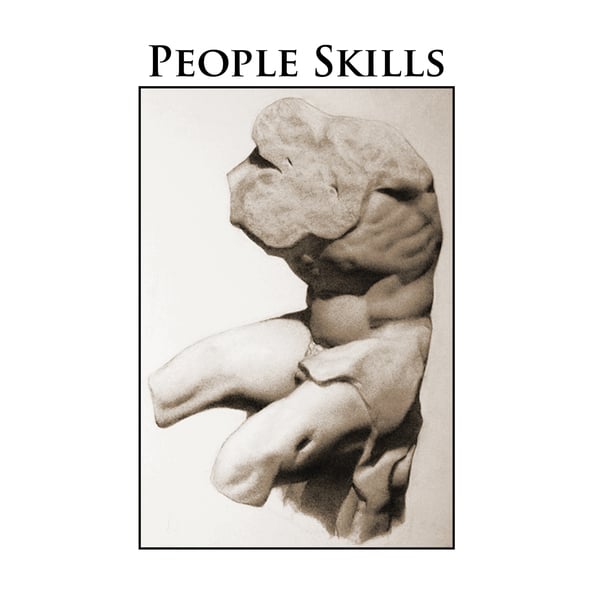 People Skills serve up a first LP of deceptively relaxed songs. As per usual, deductions are to be made on the consciousness of the character; the important thing is that in the ensuing spatial vagueness, Jesse De really comes into his own. The influence of Graham Lambkin has become so staggeringly panoramic over the past decade it seems to demand participation and here it is, inscribed by the chance blurts of Die Spielverderber and the slow attitude of The University Punx, and played from the loner-folk-side-in—that is, for feeling felt. And the laziness is projective; always managing to sound looser and more vivid than it seemed a couple of seconds before, shifting from lyrical to terse by way of The Rebel. And if that doesn’t get you, consider the mortal words of John Berryman: “Well hell / I’m not writing an autobiography-in-verse.” As a first-person hallucination recorded memory, this plays somewhere between full-blown De narrative and snapshot. Originally released in 2014.