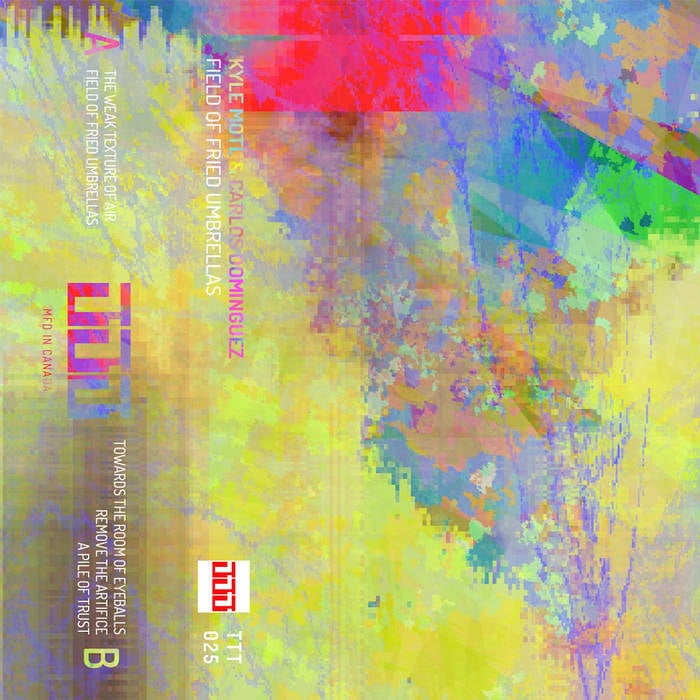 Field of Fried Umbrellas is a collection of improvised works for double bass and feedback mixer exploring both acoustic and electroacoustic phenomena resulting from the interaction between certain modes of bass playing and feedback structures. The result lies somewhere between improvised music, noise, sound art, and electroacoustic music, managing to be all of the above, yet something other.

Kyle Motl (bass) and Carlos Dominguez (feedback mixer) have been playing music together since 2011. From 2011-2013, they frequently played duo and in the electronics trio, Not the Circus, with Brian Del Toro. People moved, and collaborations slowed down, punctuated by the occasional festival or telematic performance. 2019 saw a renewal of their collaboration, spurred by a performance/production project with Matt Baltrucki, Polysemic, which presented 3 simultaneous productions of a live solo bass concert treated with different production and video aesthetics. The collaboration with Matt as engineer continued with a recording session the following day, which resulted in the previous Motl/Dominguez recording, Artabotrys Hexapetalus. Where Artabotrys Hexapetalus sets out on a wide voyage, Field of Fried Umbrellas zeroes in on specific interactions, textures, and artifacts.