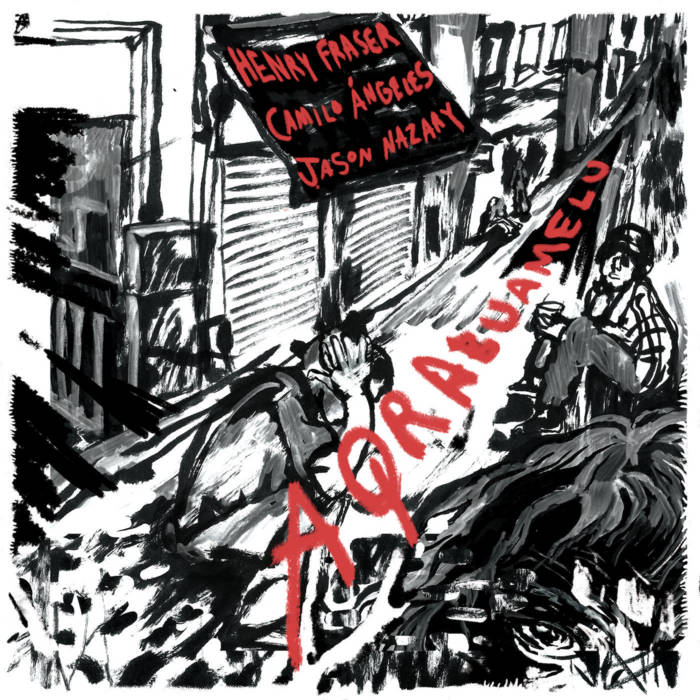 Having collaborated in various configurations for nearly a decade, Henry Fraser (NYC), Jason Nazary (NYC) and Camilo Angeles (PERU/CDMX) met for the first time in this particular formation in the fall of 2021, on a session which produced their debut album, AQRABUAMELU, to be released almost exactly one year later by Tripticks Tapes (Western MA). Guided less by any one stylistic approach, this trio maps an improvisational framework unto myriad musical forms brought to the music by each of its members, their personal histories, and unique instrumental techniques.