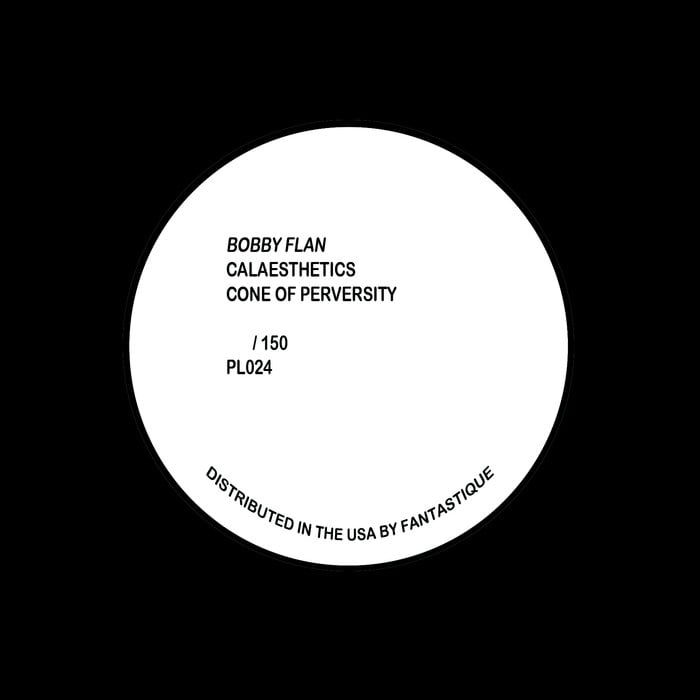 On their way from Fantastique/Primitive Languages in the US...7" single from Bobby Flan. Coloured vinyl (release comes in a variety of colours)

150 worldwide...we have a handful for Euro distro! On their way to us and, after a shipping hitch, are now in the UK! We ship from weekend of 9 November

Bobby Flan is the long-evolving musical moniker of New York City writer, musician, and long-time PL collaborator Rob Goyanes. Goyanes began shaping the Bobby Flan project in his hometown of Miami, Florida, using club music as skeletal form while subverting his compositions with the sonic detritus of his surroundings. The “Calaesthetics/Cone Of Perversity 7” on Primitive Languages illustrates the dimensionality of Bobby Flan's production methods, and how his practical and fluid approaches to recording have evolved his output. “Calaesthetics” is a syncopated minimal stomper interplaying white noise percussion and computer programmed 909 drum samples for a disjointed drum workout. On the other side of the record, “Cone Of Perversity”, a psychedelic melody twinkles as in-the-red bass drums give massive bounce and groove to angular synth work. Flan has recently produced a massive opus of a cassette for Enmossed (USA), and this 7” further carves out a niche for this singular and further-out voice in left-field club music.