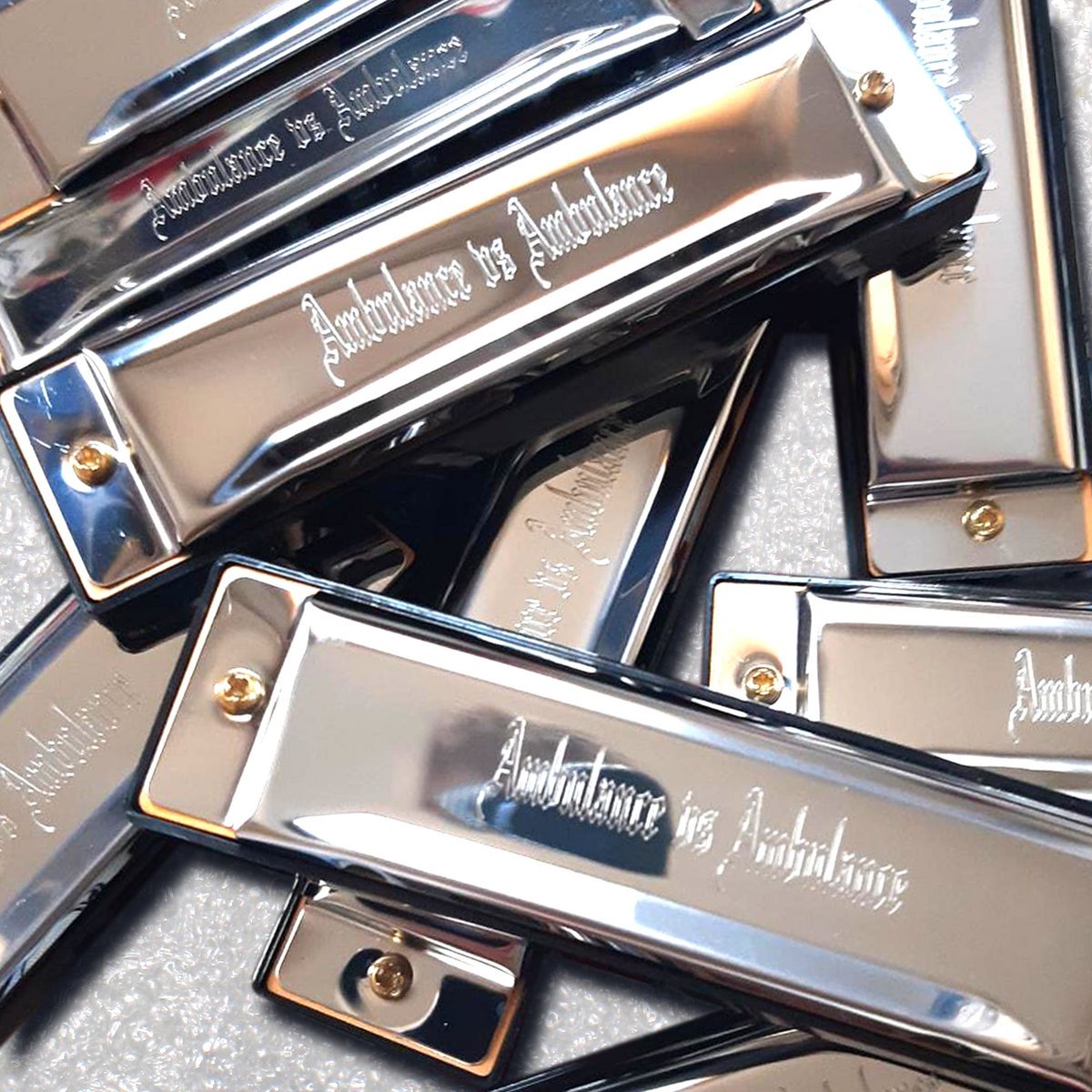 The remarkable Drowned by Locals - Back so soon!

The whistling, rusted skeleton of songs wrought from a mechanical desert - Ambulance vs Ambulance, the creative destination of Jeffrey Lee Hearse (Bokeh Versions) and Robin Stewart (TTT, No Corner) rolls through the orange clouds and into your inner ear. Armed with dusty lamentations, versions of lonely Danzig standards and a dedication to a ritualised gothic future beat of shoegaze bluegrass, 'Industrial Country' connects two friends in their search for poignant song and psychedelic ceremony.

Recorded somewhere between Avon, Amman, Brecon, Brean Down and the cloud, Industrial Country was assembled from a scrapheap of phone recordings processed into scowls and layered with vocals, harmonica, mandolin, slide guitar, laptops (any instruments that were lying around really). Industrial tape collage, the cutting up and rearranging of sounds, mocking crows result in new sound sequences; with some advancing and others receding, creating gaps in time in the green areas of Avon where you can’t see the buildings over the trees.

Featuring a rendition of “Kick That Habit Man” by Abul-Loul The Singer, guest modular by ATC’s Missterspoon, chamber improv collective the Laughter of Saints and field recordings of local Tunnel Singers in a recount of non-events. Ambulance vs Ambulance deny you the mythical thrill of a shootout but grant you an impending danger that stretches indefinitely over lonely lands; the Lo Fi ramblings of a lonely man transmitted from an alternative dimension, the feverish hallucinations bordering on ecstasy of a cowboy infected with cattle plague in desolation; the weird and disgusting west; a wretched malodorous countryside, a scrapyard; an abandonment that draws you in.

Featuring the Tunnel Witches, the Laughter of Saints, Missterspoon, and Abul-Loul the Singer